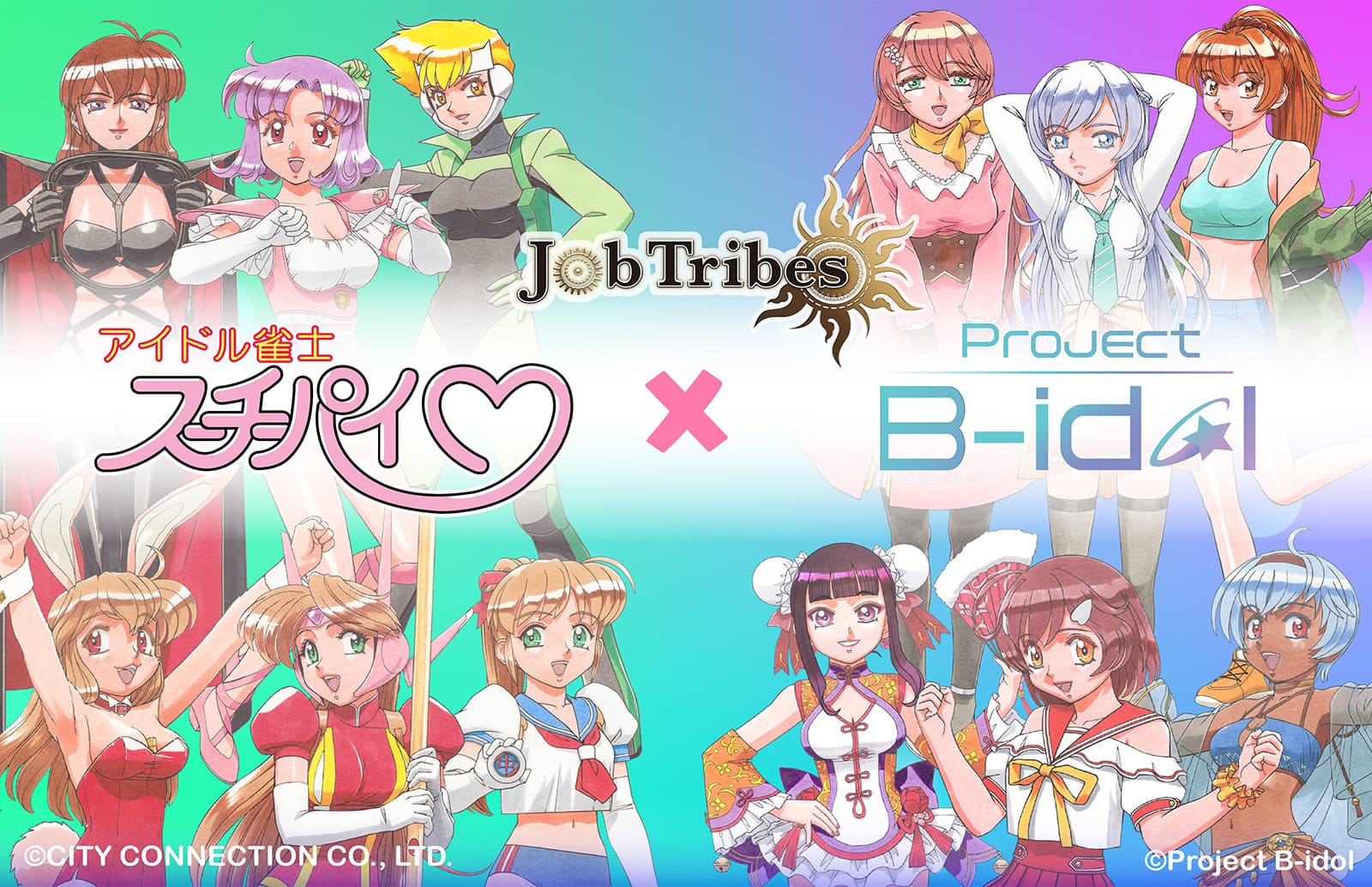 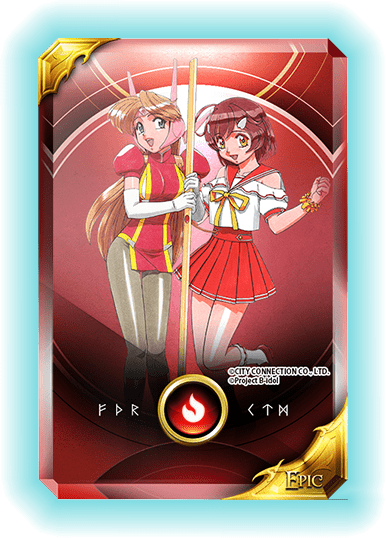 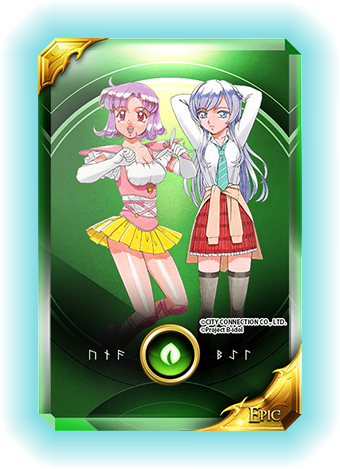 Peach-Pai: Sophia, you are an idol too, right? I'm also training to be an idol!
Sophia: You, too? Which area are you active?
Peach-Pai: Well, I'm still in the making, so it's a secret! 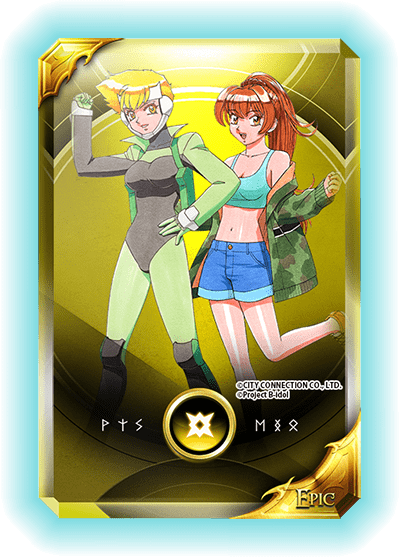 Emma: You are older than me, right, Tsukasa?
Lemon-Pai: Yeah, but you can talk to me casually.
Emma: Ok, nice to meet ya, Tsukasa!
Lemon-Pai: By the way, I can shoot missiles. 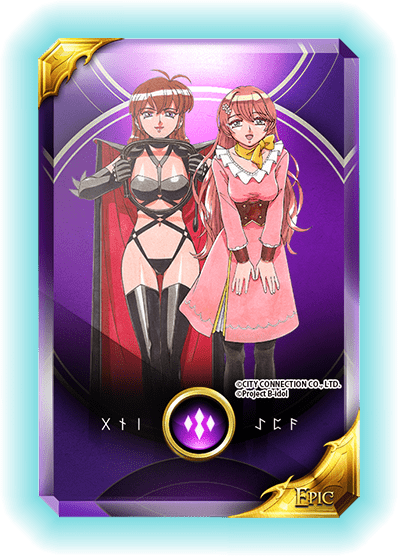 Cherry-Pai: Hahaha! Why have I got a poison attribute?
Camille: I know, I also don't get it.
Cherry-Pai: We gotta complain to the management!
Camille: (snigger) 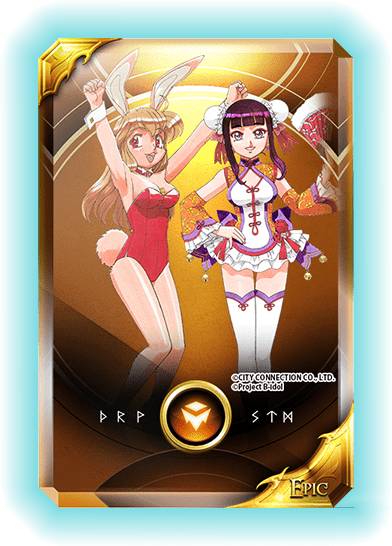 Youran: You are a rabbit alien, right, Milky-Pai?
Milky-Pai: W...well, it's a secret!
Youran: Here you go, some carrots for you!
Milky-Pai: Yeah! Munch, munch... Yummy! 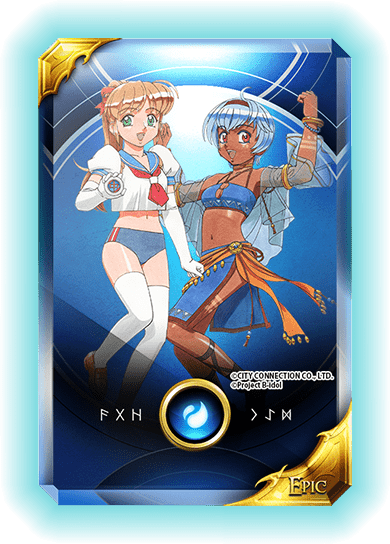 Suchie-Yuki: I'm Suchie-Yuki, nice to meet you!
Amelia: Hey, why are you the only one without a line for the transformation?
Suchie-Yuki: (Startled)

NFT Acquisition Quest 'NFT! Gotta get'em all!' is a series of quests that can be challenged by spending DEP. When you challenge the quests, NFT or Amulet will be dropped at random as a reward.

*Please check the in-game news and information for the drop rates.

The winning prize is 100,000 DEAPcoin!If you rank within the first 100th place, you can get DEAPcoin.

If you put the following in-game amulet of "Idol Janshi Suchie-Pai" "Project B-idol" in your deck, the parameters will be super strengthened!You can benefit in the game to your advantage.

Players will receive every day one amulet which can be used in JobTribes game as a login bonus!
They are super enhanced during the "Suchie-Pai & B-idol CUP", place them in your deck and get the upper hand in the battle!

Hyper Destruction
：Deals immense damage to 1 enemy.
Suchi Eye
：Always greatly raises ATK and DEF when summoned. Lasts 1 turn.
Duo Strike
：Puts up a barrier on one ally. It will not be damaged for 2 turns when attacked.

The first game was released in 1993 as a 'Beautiful girls x Ikasama (Cheating) Mahjong game' and the series was later developed for arcades and various home game consoles. The game has gained popularity for its attractive beautiful girl characters designed by Kenichi Sonoda, abundant visual scenes and animation, exhilarating strategy using special moves (cheating techniques) and exquisite dialogue between characters and it still has a strong fan base today.

Born on December 13 in Tateishi City, Osaka Prefecture. A manga artist and an illustrator who has worked on character designs for the "Suchie-Pai" series. His representative works include the manga "Gunsmith Cats", "The Cannon God Exaxxion" and the anime "Riding Bean".

“Project B-idol" is a project of digital idols being developed as NFTs. The girls, who aspire to become miraculous “Super Idols”, will be developing their activities in the world of blockchain!