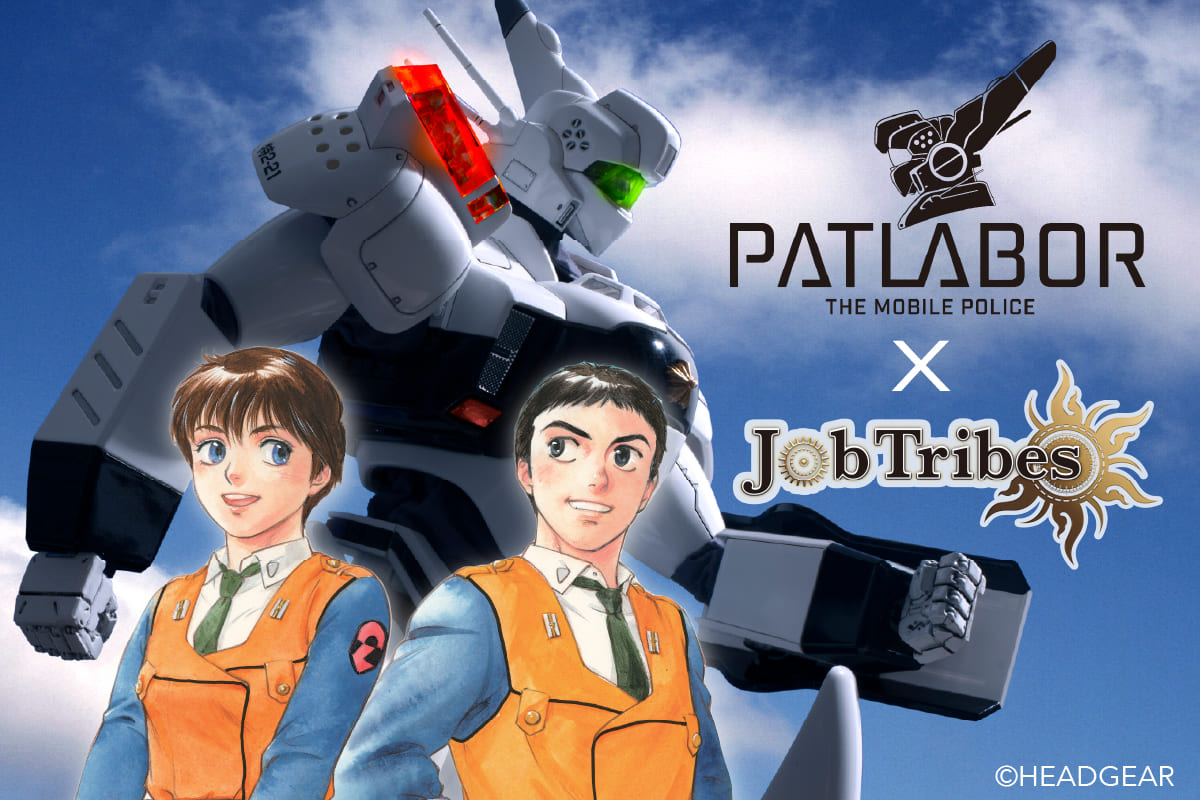 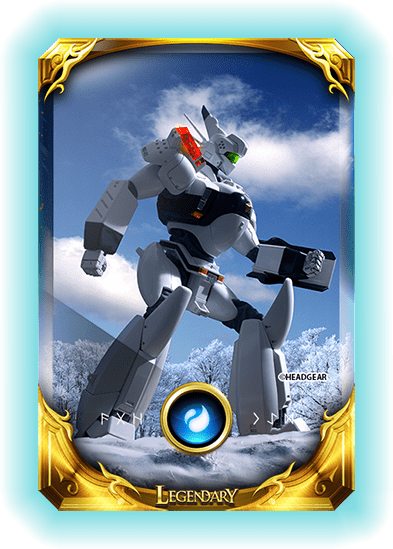 The first unit for the next MPL project developed by Shinohara Heavy Industries. Noa nicknamed it Alphonse. 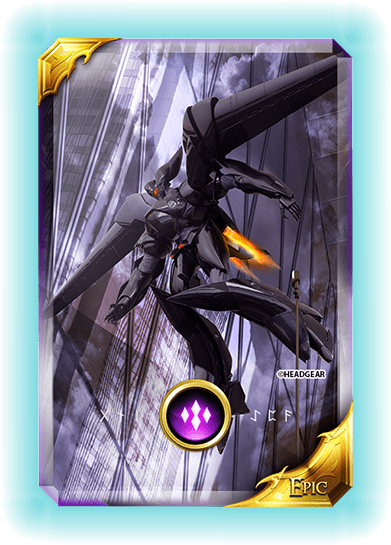 A prototype combat labor secretly developed by the Shaft Corporation, it has high maneuverability and flight capabilities through the ASURA system. 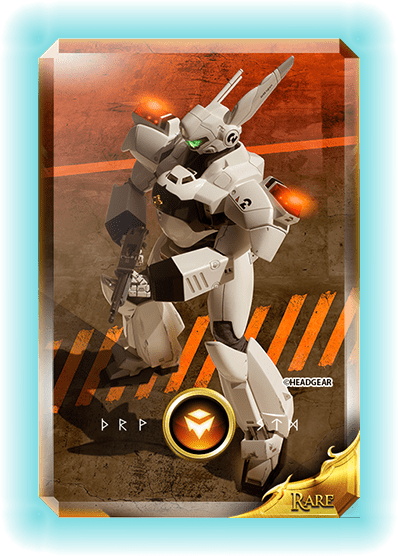 The second unit was so heavily used by Officer Ota that parts for the head sensor unit were lost and replaced with parts from the prototype model. 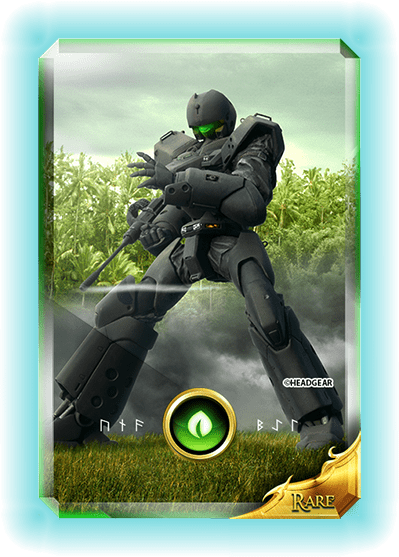 This is a military Labor used by the Ground Self-Defense Force's Mechanized Airborne Division. It has high performance because it is the successor model to the Ingram. 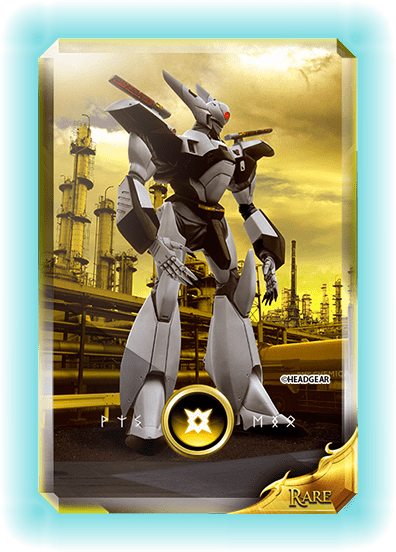 A prototype Labor that was to be delivered to the Metropolitan Police Department as the successor to the Ingram. It is capable of fighting using a manipulator. 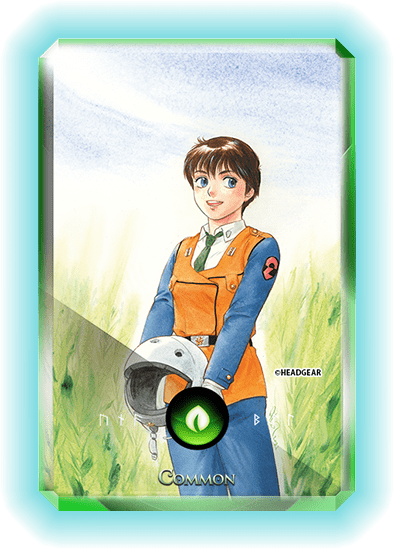 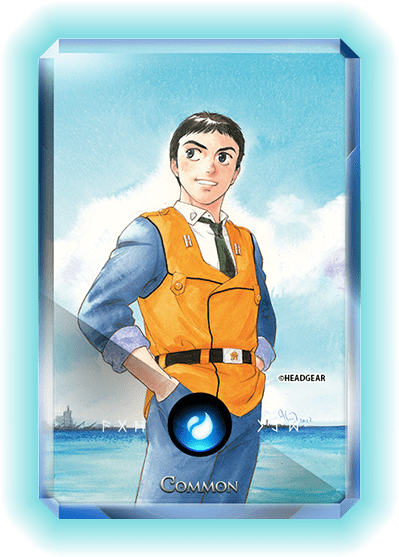 Forward and backward are one and the same! 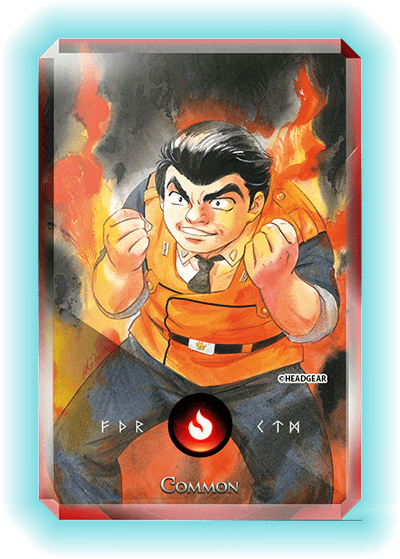 It's coming! The storm is coming!! 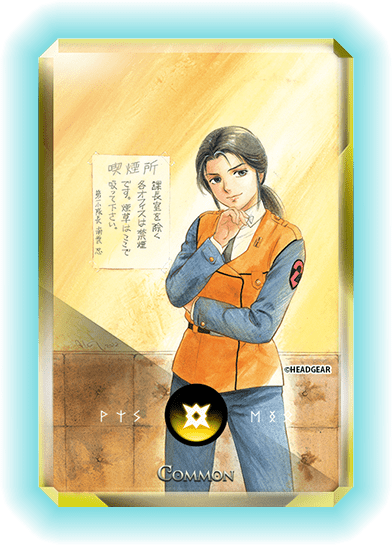 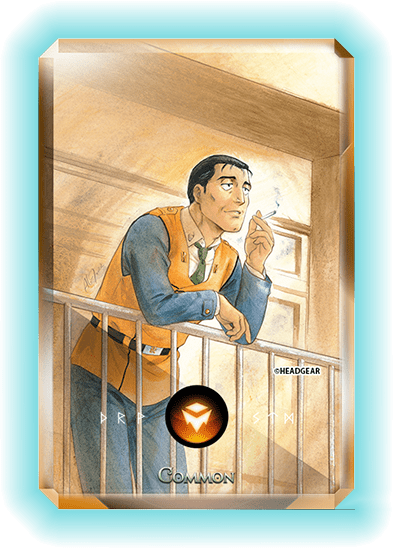 Let's all be happy together.

NFT Acquisition Quest 'NFT! Gotta get'em all!' is a series of quests that can be challenged by spending DEP. When you challenge the quests, NFT or Amulet will be dropped at random as a reward.

*Please check the in-game news and information for the drop rates.

Period of the Quest

A special tournament “Patlabor CUP” will be held to commemorate the collaboration with "Mobile Police Patlabor".

The winning prize is 100,000 DEAPcoin!
If you rank within the first 100th place, you can earn DEAPcoin.

If you put the following in-game amulet of "Mobile Police Patlabor" in your deck, their parameters will be super enhanced!
You will have an advantage in the game. 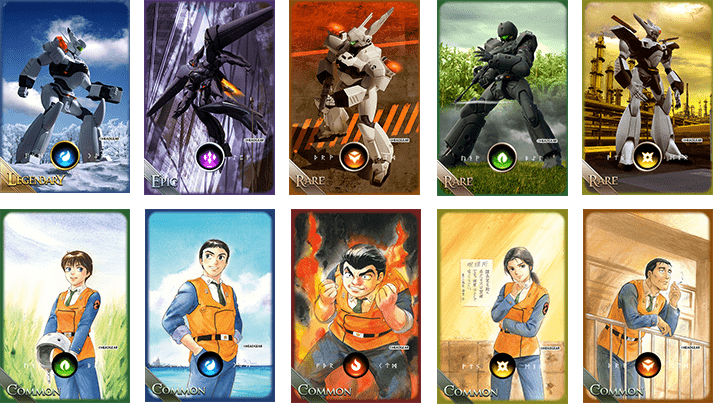 Riot Gun
：Deals damage to random enemies 2 times.
Shield
：When summoned, there is a chance that a barrier will surround you.
You will not be damaged once if attacked.
Magnetic Net Bullet
：Lowers 1 enemy's SPD. Lasts 3 turns.

Combat Knife
：When summoned, there is a chance that the ATK will be greatlyincreased. Lasts 1 turn.
40mm Rapid-fire cannon
：Deals great damage to all enemies.
Type 99 automatic cannon
：Deals immense damage to 1 enemy and raises your DEF. Lasts 3 turns.

Combat
：Raises all allies' ATK. Lasts 3 turns.
Spear Hand
：Deals damage to 1 enemy and decreases enemy's Budget.
Large Specialized Shield
：Puts up a barrier on one ally. It will not be damaged for 2 turn when attacked.

Throughbred
：When summoned, there is a chance that a barrier will surround you.
You will not be damaged once if attacked.
Reading the Atmosphere
：Continues to increase Budget for 3 turns. Effect ends if Amulet is destroyed.
Bold Measures
：Raises all allies' ATK, but takes devastating damage. Lasts 3 turns.

Good-for-nothing
：Lowers 1 enemy's DEF. Lasts 3 turns.
Gambler
：When summoned, there is a chance that the ATK will be greatlyincreased. Lasts 1 turn.
Razor Goto
：Deals immense damage to 1 enemy.

"Mobile Police Patlabor" is a media mix project that depicts the daily life and activities of the "robot policeman" - Tokyo Metropolitan Police Special Vehicle Section 2 - who fights a new social threat called "Labor Crime" in Tokyo in the near future, where the general-purpose humanoid work machine Labor has become widespread.
Created by "HEADGEAR," a unit formed by five creators, Masami Yuki, Yutaka Izubuchi, Kazunori Ito, Akemi Takada, and Mamoru Oshii, this work is highly acclaimed for its innovative perspective that portrays robots as a system, its exquisite depiction of Tokyo, and its emphasis on the daily lives of its unique characters. It became a huge hit, especially for its content.
In 2018, the series celebrated its 30th anniversary, and a number of exhibitions and events were held to commemorate the event, which were a great success. With a new project, "PATLABOR EZY" on the horizon, "Patlabor" continues to attract significant attention.

Art Director, Graphic Designer, Photographer and the organizer of THESEDAYS. Born in Fukuoka in 1949, graduated Dept. of Graphic Design of Tama Art University. After working in the design department of CBS Sony (now SonyMusic Labels Inc.), he moved to the U.S. and became a freelance photographer in 1980, establishing his current design production company, "THESEDAYS" in 1992. He has worked as an art director for package covers and photography for many musicians including Shogo Hamada and Yutaka Ozaki. Since then, his work has been in all aspects of graphics, including editorial, posters, advertisements, calendars, photo books and cover pages for novels and comic books. He has also done a lot of animation-related design work, including "Ghost in the Shell" and "Mobile Police Patlabor," which he was involved in from the very beginning of the project. From the early days of the MAC, he has expanded his field of expression into computer-aided digital design and digital photography. In 1994, he published "DINOPIX," the world's first computer-generated dinosaur photo book, which was published in Europe and the United States. He has published several books, including a CG photo book, an analog photo book, a design book and novels. In recent years, he has been actively involved in video production using PremierPro.

Born in Tokyo, Aries.
Since her childhood, she has been passionate about drawing more than anything else.
After graduation, she joined Tatsunoko Productions, where she studied character design as a profession.
Her representative animation works since becoming freelance include "Urusei Yatsura," "Creamy Mami: Memories of Magical World" "Kimagure Orange Road," "Mobile Police Patlabor," and "Fancy Lala, the Magic Stage.
She has held exhibitions of her original artwork in the U.S., Hong Kong, and Taiwan.
She regularly holds solo and group exhibitions in Japan.