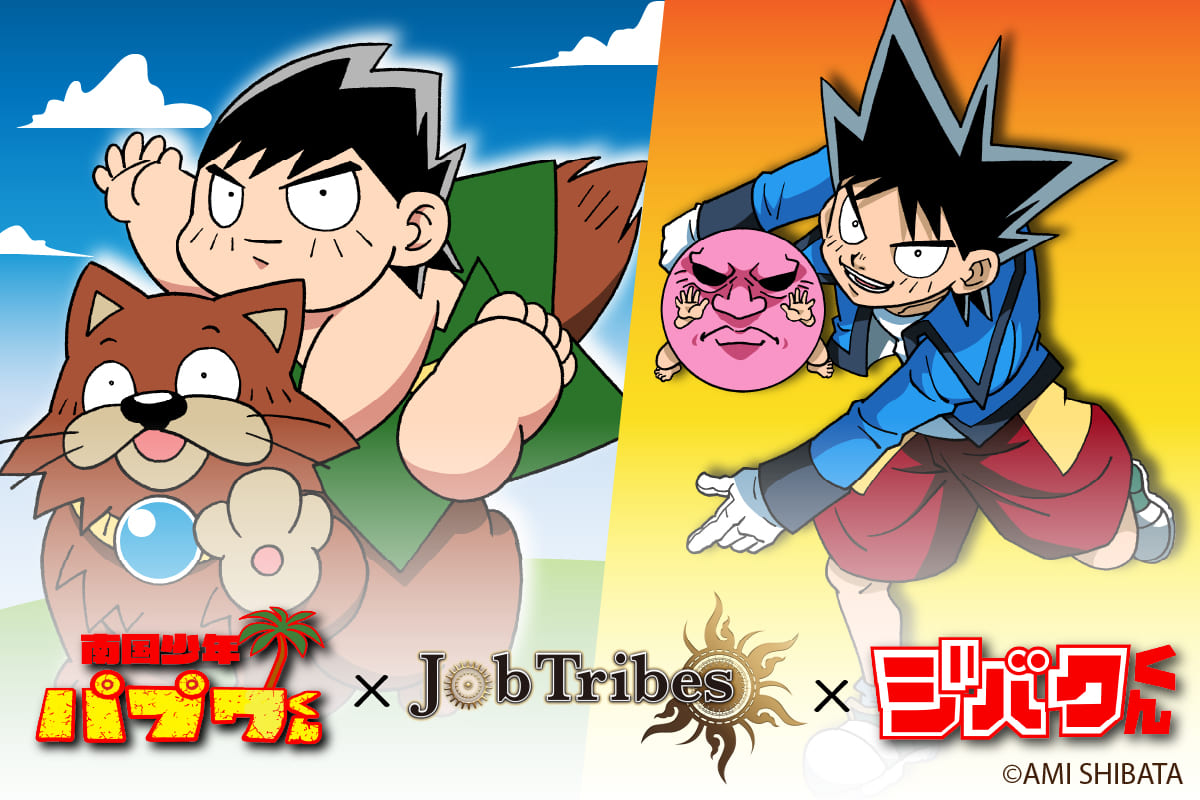 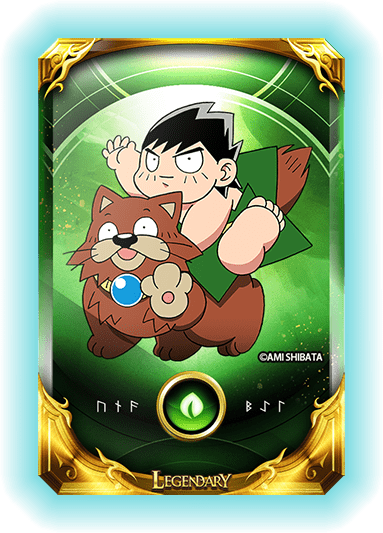 I'm not a 'kid'! I have a respectable name,Papuwa
He’s rude, that’s not nice, isn’t it, Chappy? 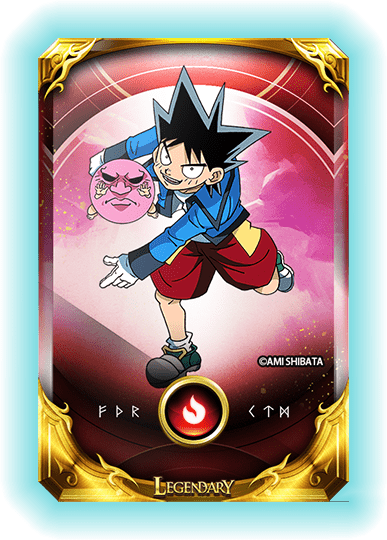 "There are many dreamers on this planet...
If you're going to take all those dreams away, I will risk our lives to stop you!"

If you clear the stages in the "Lottery Event" in May 2022 with the "Nangoku Shonen PAPUWA" and "Jibaku-kun" collaboration amulets in your deck, you will get more lottery tickets than usual.
Winning lottery tickets can be redeemed for DEAPcheck, which can be exchanged for DEP tokens.

When you clear the stages in "Material Hunting!" in May 2022 with the "Nangoku Shonen PAPUWA" and "Jibaku-kun" collaboration amulets in your deck, you will get more training items (sand) than usual.

My dream is to conquer the world.
：Deals damage to 1 enemy and recovers own HP.
Anyone who can put his life on the line for his dreams is the real deal!
：Raises all allies' ATK. Lasts 3 turns.
“Dai”Bakushinha
：Deals great damage to all enemies.

What is "Nangoku Shonen PAPUWA"?

One of the members of the assassin organization the Gamma Army, Shintaro, escapes with a mysterious "secret stone" for his younger brother. Shintaro eventually arrives at the isolated island of Papuwa.
When he encounters a mysterious boy named Papuwa and his dog Chappie, Shintaro's secret stone is taken away from him and he is forced to work as a servant. Furthermore, the island is inhabited by creatures (namamono) that can speak human language. Shintaro spends his days without a moment's peace of mind, until finally the evil hand of the Gamma Army reaches out to him. Can Shintaro return to his brother?

A fantasy action story about a boy who travels around the world with the goal to conquer the world.
Baku who lives in "Fasta," the first of the twelve world, is rescued by the Great Child of Primas (GC), En when he was attacked by the Monster Troublemakers. Upon hearing that Baku's dream of conquering the world, En chooses him as his successor. Thus Baku becomes a Great Child and acquires Jibaku, the spirit of the first world.
One year later, Baku, a GC of the World One sets off on an adventure across the worlds to make his dream come true. Together with two friends, he travels around the 12 worlds to the Tower of Needles!

Profile of the author Ami Shibata

Born in May 1967 in Nagasaki City, Nagasaki Prefecture. Graduated from Musashino Art University Junior College of Art and Design, majoring in oil painting.
After graduating from the university, debuted as a cartoonist while working as an illustrator for an advertising company.
Her debut work, "Nangoku Shonen PAPUWA," as well as "Jibaku-kun" and "PAPUWA" were made into TV animation series.
In 2021, she made her debut as a painter and is active in various art exhibitions.