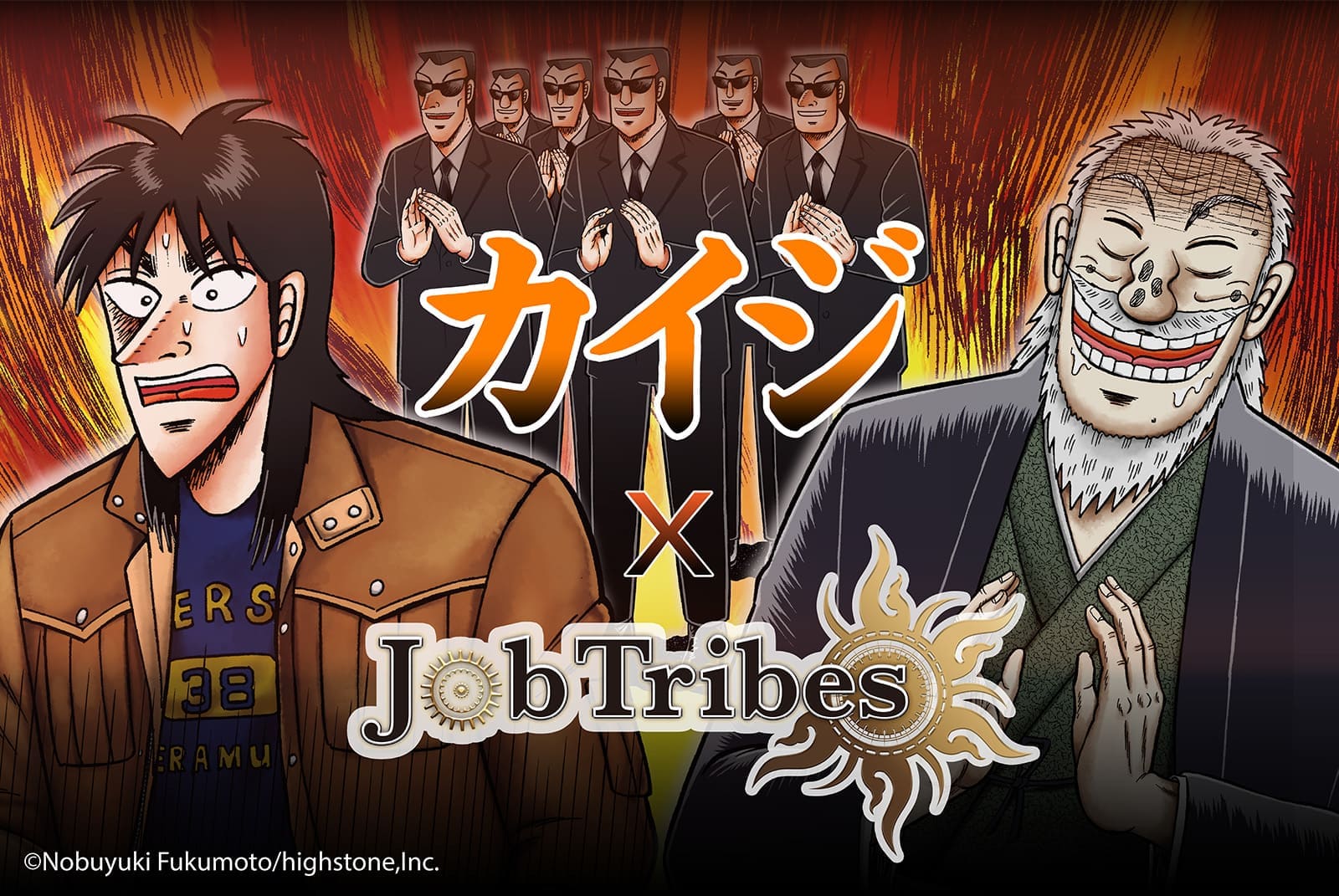 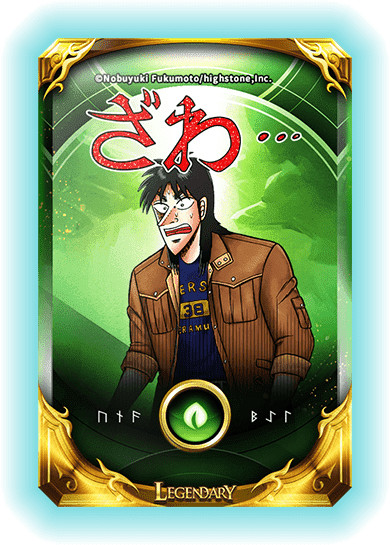 Not more than ever, it's time to stand tall...! 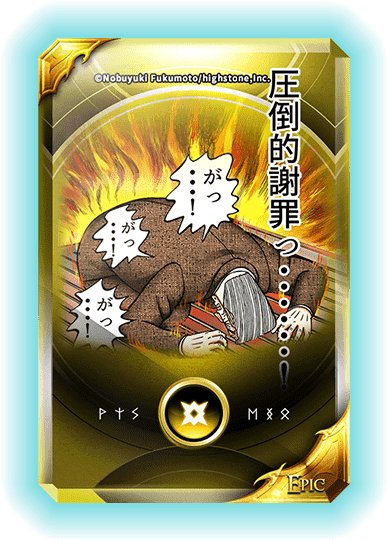 Money is more precious then life...
Those who refuse to grasp that truth...
are doomed to crawl in the dirt! 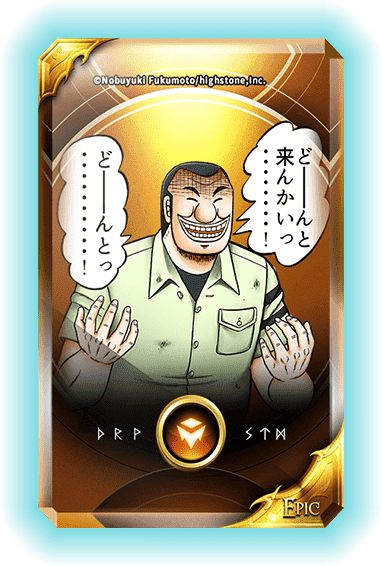 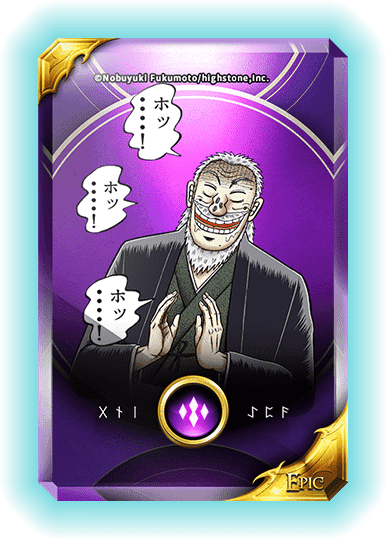 I want a front row seat to see the ugliest side of humanity, the most extremes... Our true nature: destruction, despair, and death. Now that is true entertainment. Sincere joy. 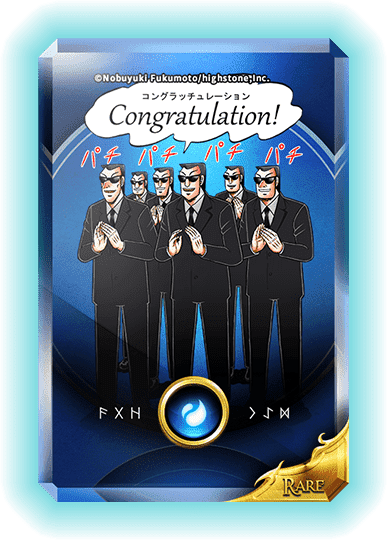 Im teling you just take it...!
Go and hang out with them, you shitty excuse for a hero!

A special tournament “Kaiji CUP” has been decided to commemorate the collaboration with “Kaiji”.

If you put the following in-game amulet of “Kaiji” in your deck, the parameters
will be super strengthened!
You can benefit in the game to your advantage.

▼ Click here for details on the “Kaiji CUP”
https://jobtribes.playmining.com/en/news/11124

The Bog・Strategy
：Deals damage to 1 enemy and decreases enemy's Budget.
Human Derby
：This ability always activates when summoned. Greatly increases Budget after 2 turns. Effect ends if Amulet is destroyed.
... Kaiji was overwhelmed by a flash of inspiration!
：Raises your ATK＆SPD but lowers your DEF.Lasts 3 turns.

Kaiji is a very popular manga series by Japanese manga artist Nobuyuki Fukumoto. It depicts a young man who has been living a self-destructive life, but after incurring a large amount of debt, he takes on various gambling challenges. The series continues with "Gambling Apostasy Kaiji," "Gambling Outcast Kaiji," and "Gambling Outcast: Kaiji - The Kazuya Arc" which began its series in the 11th issue of Weekly Young Magazine in 1996 and continues to be popular today.
The popularity of the series is not limited to just the manga, with anime airing in 2007-2008 and 2011, and live-action movies directed by Toya Sato and starring Tatsuya Fujiwara released in 2009, 2011, and 2019 under the titles "Kaiji: Life Turn-Around Game," "Kaiji 2: Life Recovery Game," and "Kaiji: Final Game."

Born in Yokosuka City , Kanagawa Prefecture in 1958. After working as an assistant to manga artist Seiji Kazama, he made his debut in 1980 with "Yoroshiku Junjo Taisho(Nice to Meet You! The Pure-Hearted Fellow)" serialized in "Monthly Shonen Champion" (Akita Shoten). His representative works include "Gambling Apocalypse Kaiji", "Akagi: The Genius Who Descended Into the Darkness", "Silver and Gold", "Tenwa Street no Kaidanji (Ten: The Nice Guy on the Path of Tenho)", and many others. In the Kaiji series, he is currently serializing "Gambling Outcast: Kaiji - 2.4 Billion Escape Arc".