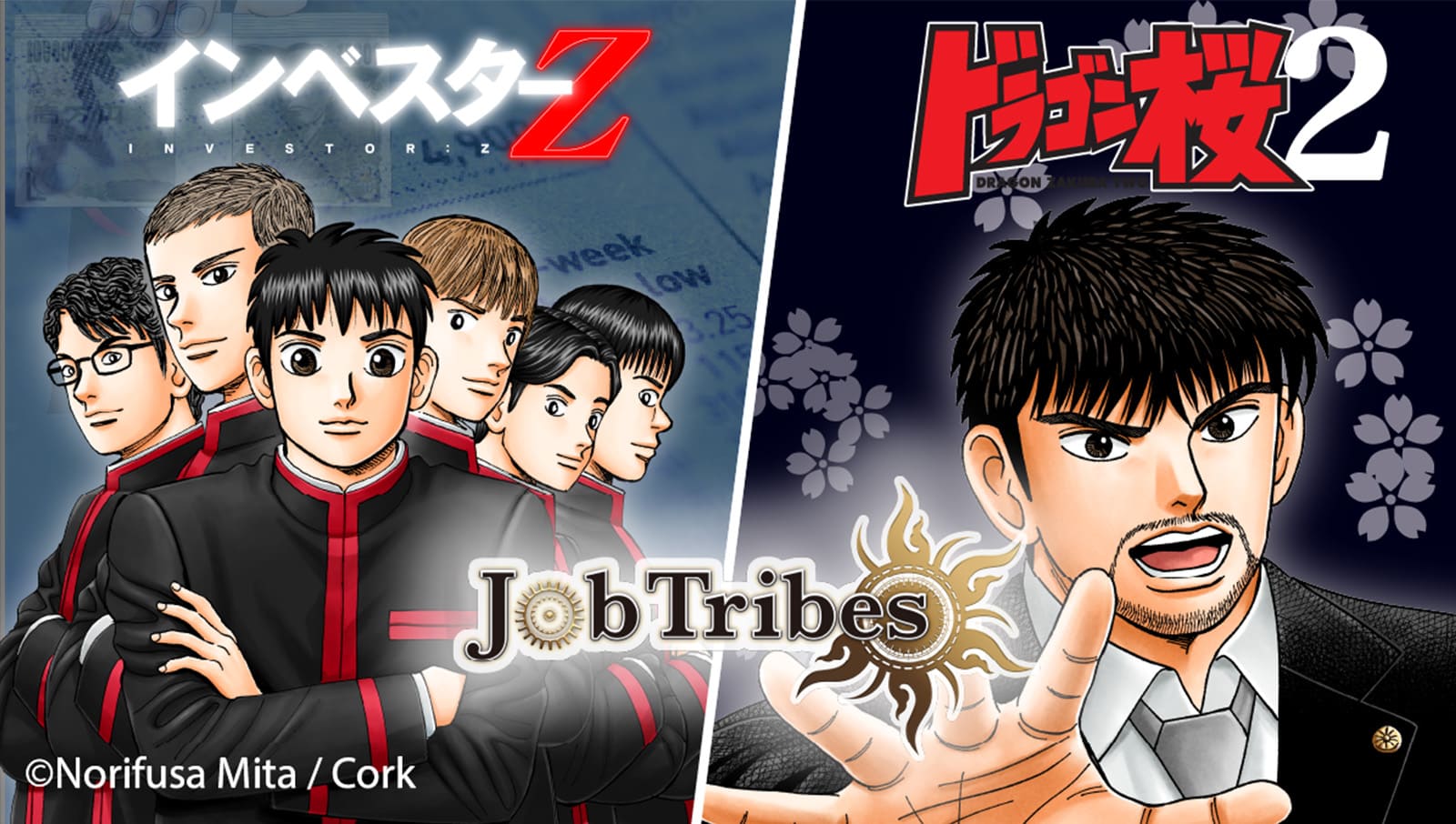 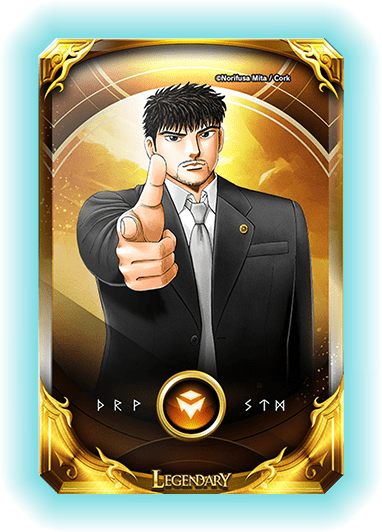 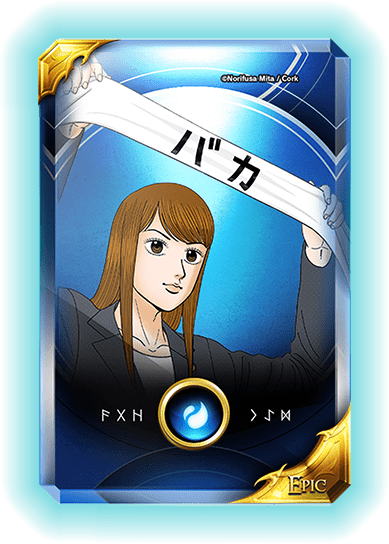 I will wait for now…
because I believe they will come back. 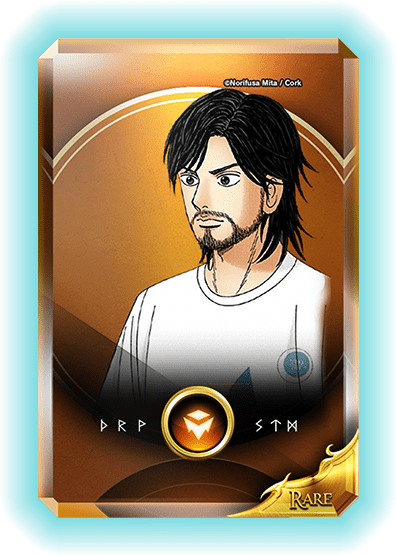 It's important to stop for a moment.
Let's think from another angle. 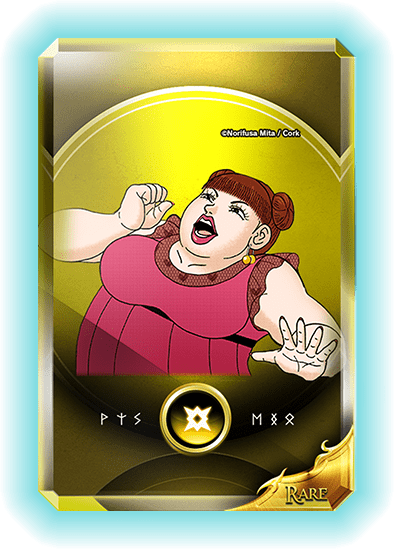 I don't care what other people think!
I'm happy! That's all that counts! 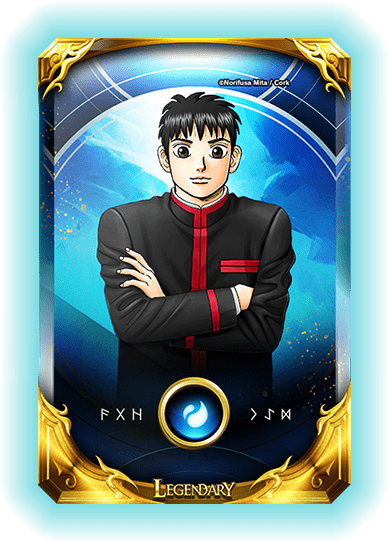 I want to win if I'm gonna do it! I never want to lose! 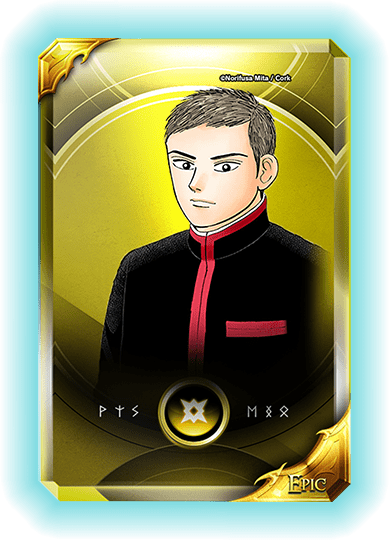 Loss-cutting is never a failure.
It is rathre a big opportunity for the next success. 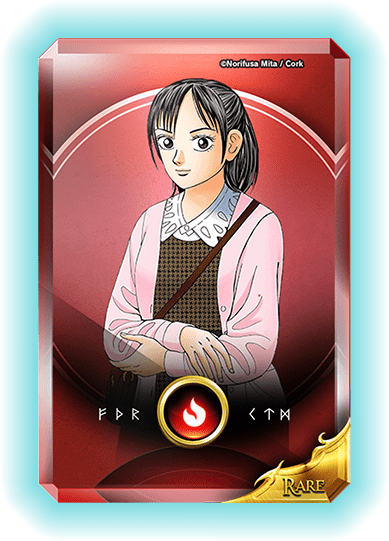 I want to succeed in investment.
That's why I follow Mr. Buffet. 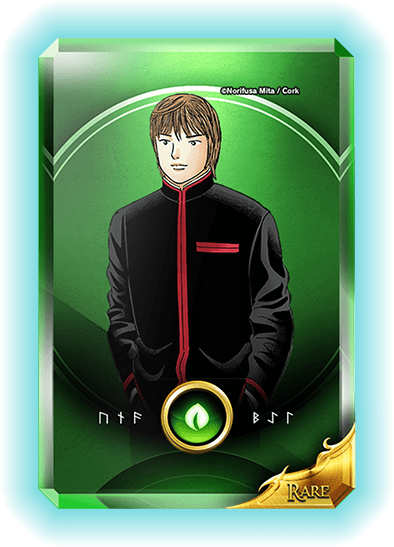 The in-game Amulets from the "Dragon Zakura 2" and "Investor Z" collaborations in the deck will super-enhance the parameters! You will have more advantages in the game. 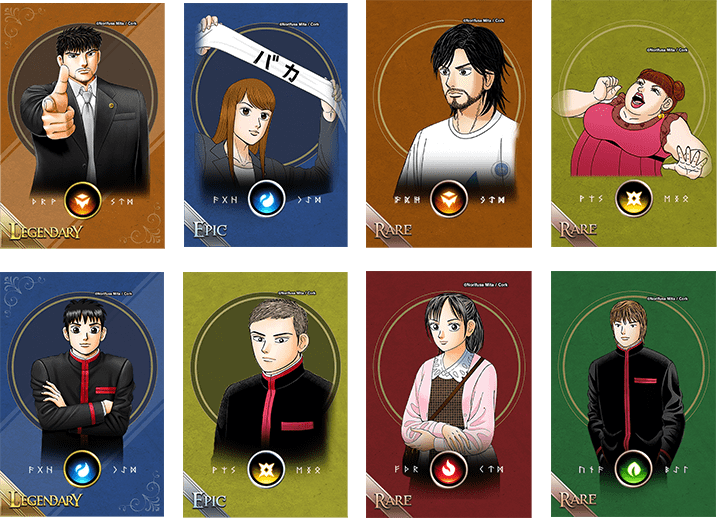 No.1 to get into Tokyo University
：Always greatly raises ATK and DEF when summoned. Lasts 1 turn.
Study like brushing your teeth
：Continues to increase Budget for 3 turns. Effect ends if Amulet is destroyed.
Stupid Headband
：Deals damage to 1 enemy and recovers own HP.

Hello everybody!
：Lowers all enemies' ATK. Lasts 3 turns.
Shadowing
：Raises 1 ally's SPD. Lasts 3 turns.
Inpersonation
：When summoned, there is a chance that a barrier will surround you.You will not be damaged once if attacked.

Beginner's Luck
：When summoned, there is a chance that the ATK will be increased. Lasts 3 turns.
Competitiveness
：Recovers 1 ally's HP and raises their SPD. Lasts 3 turns.
God of Investment
：Deals damage to 1 enemy and increases Budget.

Loss-cutting
：Significantly lowers the DEF of all enemies, but raises the ATK. Lasts 3 turns.
It's a money game after all!
：Decreases enemy's Budget.
Follow the rules when you invest in stocks!
：Deals immense damage to 1 enemy and raises your ATK. Lasts 3 turns.

Ten years have passed since the miraculous reconstruction of the school. Sakuragi receives the news that the number of students accepted to Tokyo University from Ryuzan High School has once again dropped to zero. Sakuragi, who has succeeded in becoming a board member of the school, makes a speech in front of the whole school to encourage the students. However, the students are unresponsive. Sakuragi's approach does not work with today's children. ......?!Sequel to the legendary "Dragon Zakura," the manga that changed Japan's university entrance exams!"Getting into Tokyo University is as easy as ever!!"

What is "Investor Z"?

"What's the Money?"
Takashi Zaizen was accepted at the top of his class at Dojuku Gakuen High School, an ultra-preparatory school that has been in existence for 130 years. The day after the entrance ceremony, the secret of the school was revealed to Zaizen. Only the top six students in each grade are allowed to participate in the "Investment Club". Their mission is to invest 300 billion yen and generate a yield of 8% or more. That is why Dojuku Gakuen High School, which boasts Japan's highest level of educational facilities, offers free tuition!"The most exciting game on earth, the ultimate competition that makes human blood boil the most...... it's money, it's investment."

Profile of the author Norifusa Mita

Born in 1958 in Kitakami City, Iwate Prefecture. Graduated from Meiji University, School of Political Science and Economics. He received the 29th Kodansha Manga Award in 2005 and the Excellence Award in the Manga Division of the 2005 Japan Media Arts Festival for "Dragon Zakura". Currently publishing "Dr.Eggs" series in "Grand Jump" and "Archimedes' Taisen" series in "Young Magazine". His representative works include "Dragon Zakura," "Investor Z," "Angel Bank," "Kurokan," and " Suna no Eikan."