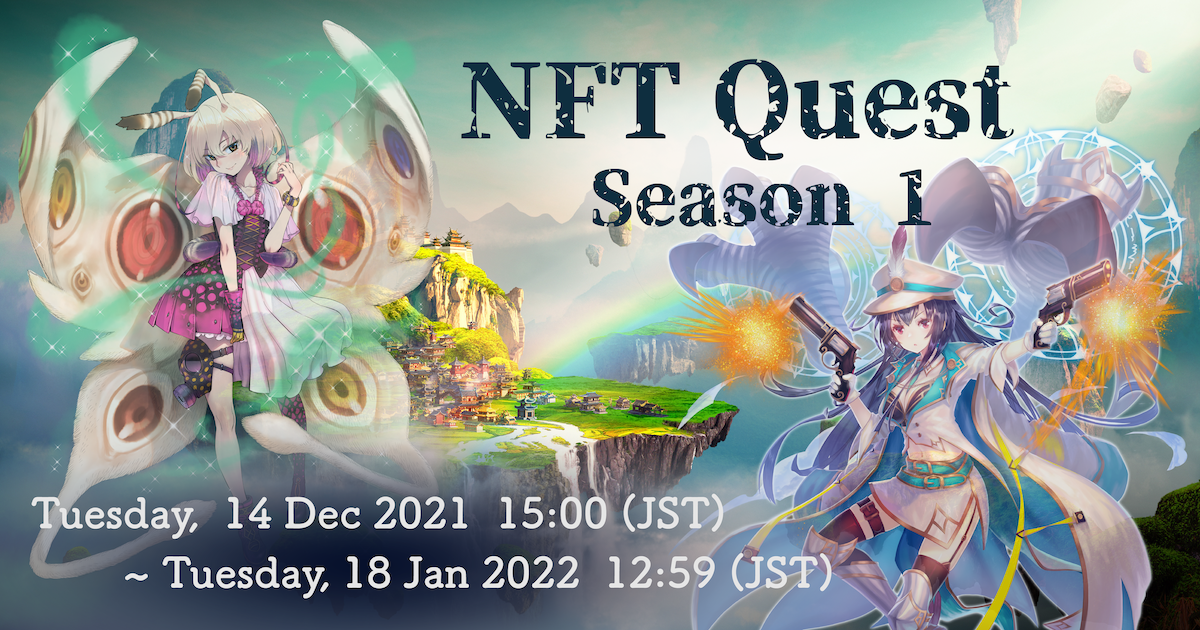 【NFT Quest Contents】
Each NFT quest has three difficulty settings: Normal, Hard, and Super Hard, and each consists of five stages (15 stages in total). Each stage can be challenged once a day (you can’t clear the same stage multiple times in a day to get rewards). If you are defeated, it does not count as one attempt and you can try again and again as long as your stamina lasts.
Each stage has a unique DEP reward, and you can earn a DEAPcheck for each stage you clear.

【Set rewards for NFT Quests】
The highest rarity Legendary Quest have the highest rewards, followed by Epic and Rare Quests. Each quest offers higher rewards as the difficulty of the stage increases.

【Introduction of a seasonal system】
NFT Quests are held over a period of time with each period referred to as “season”. Each season will run for approximately one month, and each season will include adjustments to the NFT Quest game content, reward settings, and the selling price of game training items (see below).
Season 1 of the NFT Quest will be held from Tuesday, December 14th, 2021, 2:00 p.m.  (UTC+8) – Tuesday, January 18th, 2022, 11:59 a.m. (UTC+8).