Effect: Recovery effect is increased by 0.5

※Special rules will be changed every month.

Compete to rank well with PvP Arena points collected during this period.

Please give it a try!

*Even if you win this ranking match, you will not gain the right to participate in the championship and an original NFT will not be produced. 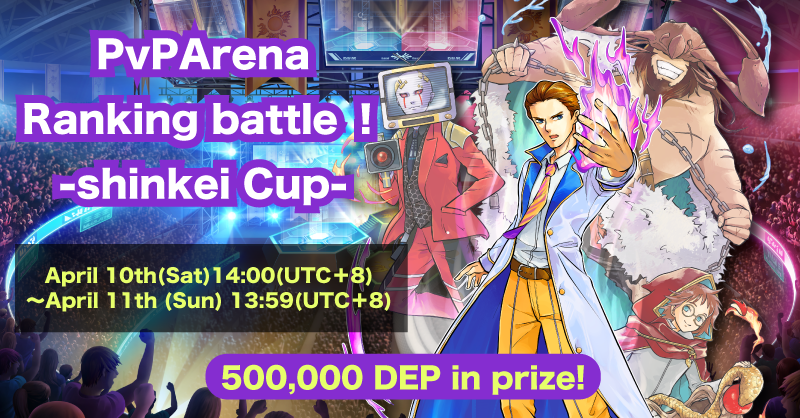