A beta version of the new service “Digital Art Auction” started on April 15. “Digital Art” on sale were all sold out on the first day! Introducing a six consecutive week special sales for coming six weeks! 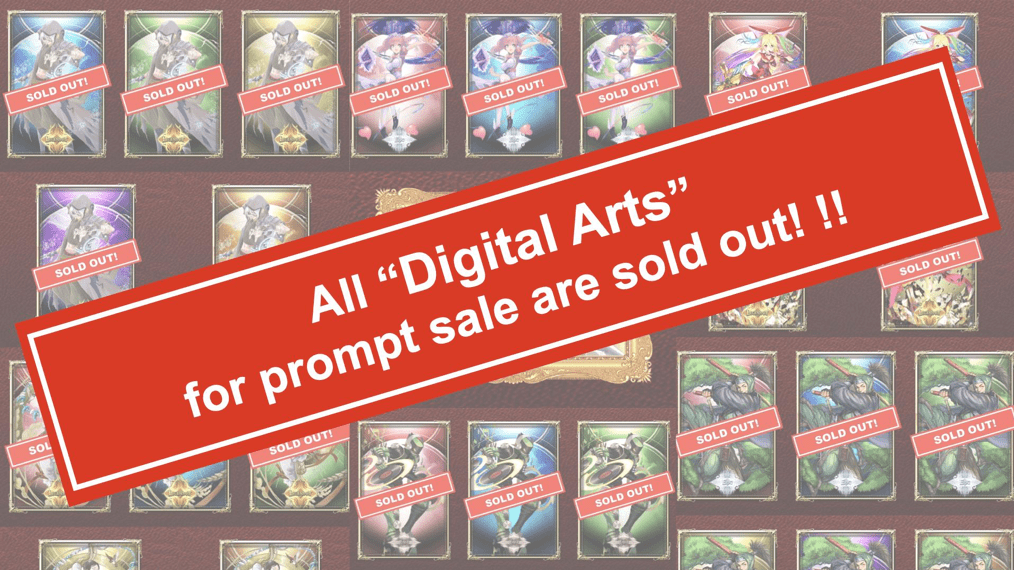 Services began for Digital Art Auction in beta! Products that were on sale the first day were sold out!

Digital Art Auction is a service that allows users to buy and sell digitized artworks (“Digital Art”) drawn by popular
creators from Japan and around the world. These Digital Arts are unique and exclusive through DEA’s blockchain
based transaction system. The platform offers owners of these digital assets opportunities to enhance the
entertainment effects in the games on the DEA’s entertainment platform, aptly named, the PlayMining platform.
These two aspects together drives a high asset value of both the Digital Arts and DEAPcoin, as well as
exponentially expanding the DEA’s “PlayMining” economic zone.

The Digital Art that went on sale the first day were all sold out quicker than expected time. Blind auction
items with a one-week bidding period will continue to be available for bidding,
so be sure to check out Digital Art Auction.

Digital Art that became sold out on the first day

– Works by the manga artist of the “Dragon Quest” series, illustrations by the author of the “Gundam” series, as
well as character designs by the “Macross” series’ character designers, and more.
– A total of 322 items of all 67 types, with a total starting bid of 8,813,080 DEP will be on the DAA market.
In order to ensure more users can enjoy trading and owning Digital Art, we are conducting a six week long sale to
sell Digital Art at appropriate prices and in limited numbers.

On May 26th, a beta version of DAA-linked-game, “JobTribes” will launch, and thousands of pre-registered users
are expected to participate in the game. We expect that Digital Art which becomes popular amongst the gamers
will likely to gain it’s value in the future, and thus become a profitable investment to purchase them earlier on.
Once the game is released on May 26th, the user-to-user trading function will also be released, which can cause a
hike for market activities on the platform.

Here is a list of creators who have already committed to participate on the platform (in no particular order):