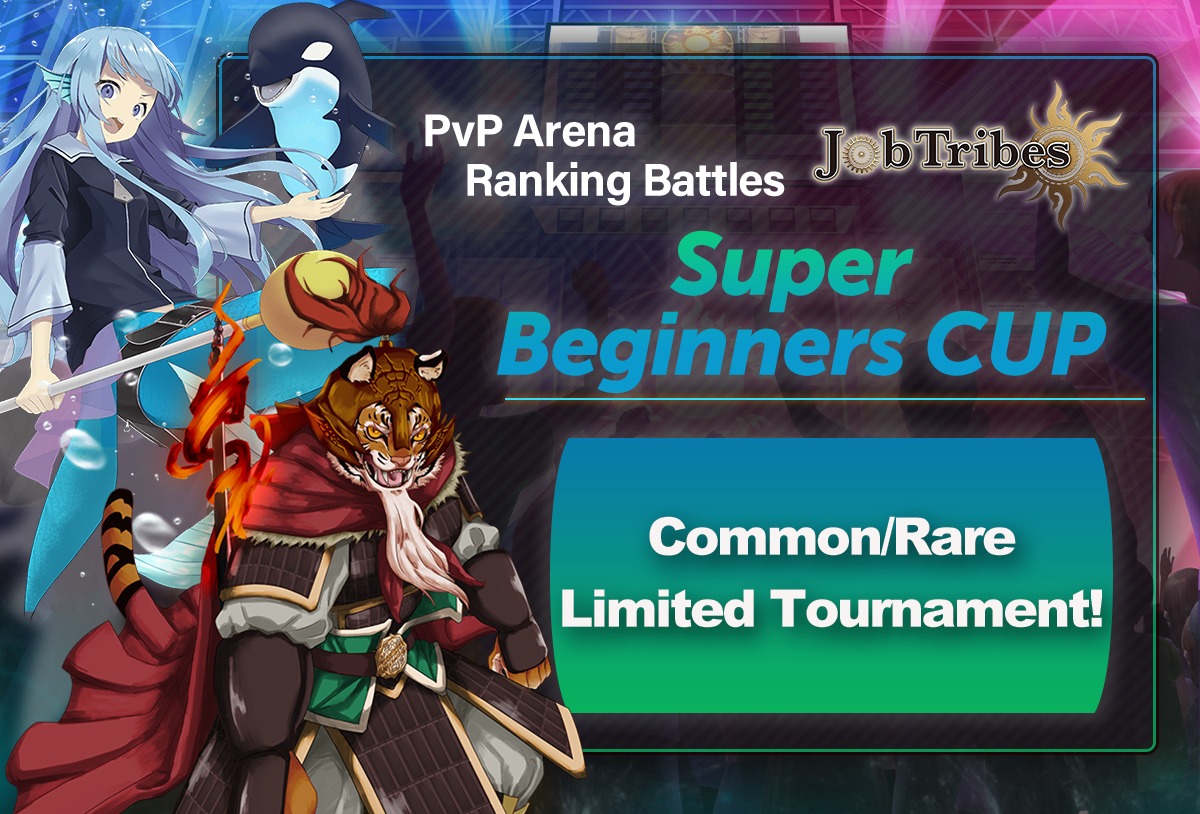 【Details】
This Super Beginner’s CUP is a PvP Arena ranking game that will be held for the purpose of letting users who have recently started playing the NFT card battle game JobTribes experience the fun of the PvP Arena ranking game!
This is a special tournament where only COMMON and RARE amulets can be placed in the deck.

【Special rules】
・The effect of amulets enhanced by NFT is limited to that of one NFT.
・Set the COMMON and RARE amulets in the deck.
・HP/Recovery…[2x], ATK/DEF/SPD…[1.5x],  SPD*… [3x]
*Water and Earth attributes only.
・When matched with CPU, EPIC/LEGENDARY amulets may appear with HP/Recovery effect…[0.5x], ATK/DEF/SPD…[0.4x].
・Support Skill and debt cannot be used until the end of 3 turns.

*Notes.
・Please note that in the Super Beginners CUP, unlike the regular Beginners CUP, even if you have multiple NFTs of the same Job Lord, the enhancement effect of the NFT on that amulet is limited to that of one NFT.
・The special rules will change each time.
・Compete to rank well with PvP Arena points collected during this period.

*PvP schedule is subject to change without notice.

*Even if you win this ranking match, you will not gain the right to participate in the championship and an original NFT will not be produced.