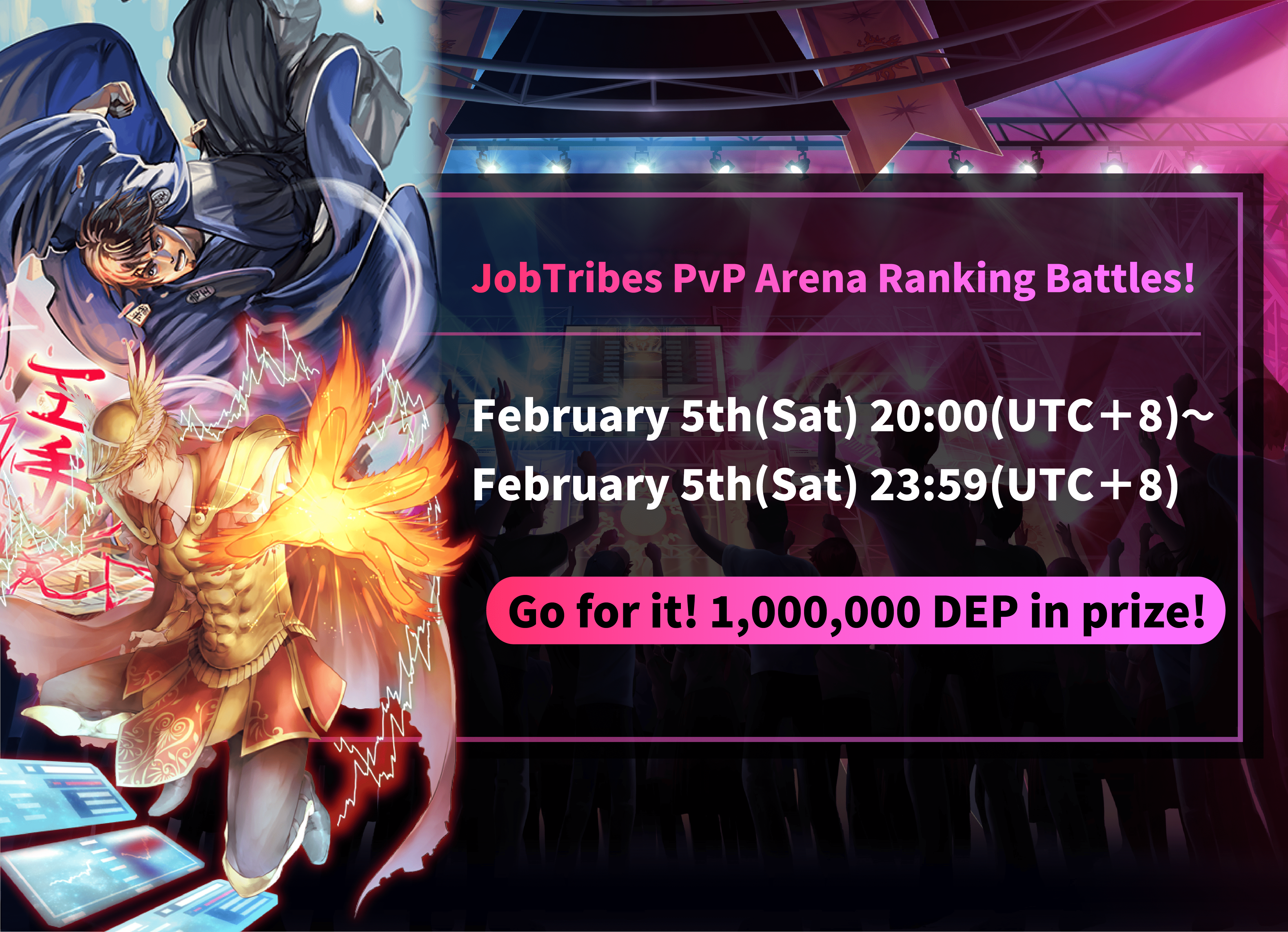 The PvP arena ranking match held on January 29, 2022 had matching problems and some matches could not be completed.
So we will hold the match again on February 5th, 2022 under the same conditions.

【Details】
Compete to rank well with PvP Arena points collected during this period.
The first place will earn a spot in the championship scheduled for March 6th, 2022.
This time, the HP and recovery effect of all Amulets will increase by a certain factor, and the battle will be on a special stage where the Fire and Poison attributes will be further enhanced.

*The special rules will change each time.

【Note on misconduct】
The following acts of collusion with other users are prohibited in the interest of fairness among users. If found out, your account will be frozen and you will not be able to use any information associated with the account.
(1) Intentional stalling during a match
(2) Intentional surrender for the purpose of giving an advantage or disadvantage to a specific user in the PvP ranking.

This PvP is different from normal PvP in that some rules have been changed.

As a participation prize, you will receive one in-game amulet, RARE: Out-of-Store Sales Staff(Thunder)!
Please give it a try!