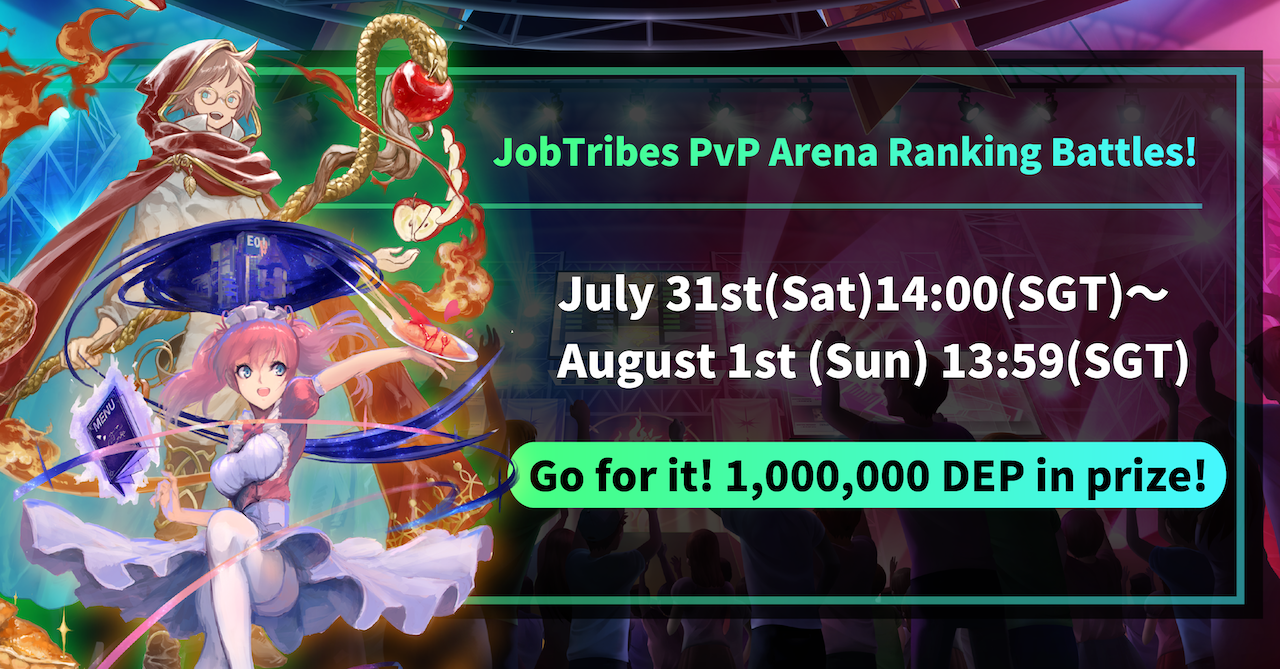 【Details】
Compete to rank well with PvP Arena points collected during this period.If you take 1st place, you will be eligible to participate in the championship scheduled for August.
This time, the HP and recovery effect of all Amulets will increase by a certain factor, and the battle will be on a special stage where the Nature and Earth attributes will be further enhanced.

【PvP Arena special rules】
・HP of all amulets is 1.5 times more.
・The effects of recovery skills are all 1.5 times more.
・ATK of Nature attribute and Earth attribute is 1.2 times more.
・You cannot use your debt until the end of 3 turns.
・Support Skill cannot be used until the end of 3 turns.
・If you use “debt”, your reward will decrease.
If you win the PvP Arena ranking match, you will be made a “Winner Original NFT(COMMON)”.
However, if you are ranked first for the second time, the user’s “original NFT (RARE)” will be produced, and only in that case, will we also produce an original NFT (Common) for the second place user.